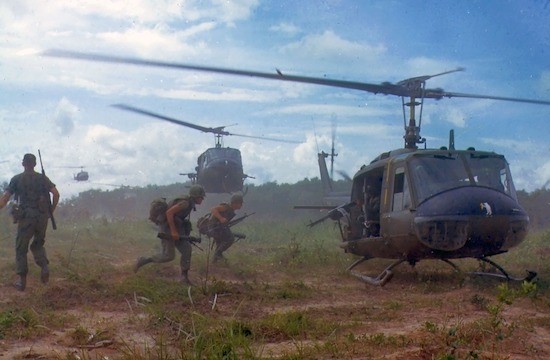 Some people ask me what is the mission of the Redemptorists.  This story about the Vietnamese Redemptorists is a good example of how Alphonsus asked us to reach out to the abandoned and the poor.

Church gives homes, prosthetic limbs, Christmas meals to losing soldiers from civil war who have been abandoned for decades

Vietnamese war veterans who lost their limbs and loved ones over four decades ago are getting a dose of Christmas this year from the charitable endeavors of Redemptorists active in the country.

They are helping these former soldiers in southern Vietnam restore some of their dignity and self-respect more than 40 years after the Vietnam War left many of them facing a financially crippled and emotionally scarred future.

Many of the veterans suffered greatly during the nation's civil war, which later spilled out into an international conflict with China backing North Vietnam and the United States throwing its support behind the South.

American war vets have given hundreds of bicycles to poor Vietnamese children in rural areas this year to ease their plight and show their empathy despite suffering atrocities during the war at the hands of the Vietnamese.

Father Thanh said the elderly Vietnamese would assemble at the Redemptorists’ headquarters in Ho Chi Minh City and talk about the situation they now find themselves in, as well as the state of their health and other subjects.

As part of the healing process, and at a time of year when many elderly feel alone, they will review their shared past, sing carols and traditional Vietnamese folk songs, play games and eat together.

"We are trying to bring some Christmas joy to those neglected soldiers because Jesus was born into the world to save all people, especially the marginalized," Father Thanh said.

Such events are not something the communist government generally endorses, but social welfare groups say they serve a crucial role.

While Christmas decorations grace the lobbies of five-star hotels in Hanoi and Ho Chi Minh City at this time of year, the country is still officially atheist with gaps yet to be plugged when it comes to taking care of the elderly and others who exist on the fringes of society.

This year, the veterans will receive travel expenses of around US$65 each. The Redemptorists were able to raise enough funding from domestic and overseas-based benefactors to cover the costs of the activities scheduled for December, which the church estimates will end up costing a total of 14 billion dong (US$603,000).

Father Thanh said volunteers would visit the homes of elderly soldiers who are too frail or otherwise physically unable to make it to the church’s headquarters, bringing them gifts and giving them comfort.

The more fortunate, or most in need, may be given somewhere to stay or have their homes repaired at the Redemptorists' expense. All of the veterans whose relatives have passed away are given basic shelter in the city.

“Our activities aim to help these soldiers regain their self-esteem and gain public recognition for their sacrifices so that they can feel proud of their service,” the priest said.

After the Vietnam War ended in 1975, soldiers in southern Vietnam who had been made invalids by the fighting were forced to live in remote areas. Most were abandoned, treated like enemies, and lived in constant fear of reprisals at the hands of the triumphant communist regime.

Most continue to live in extreme poverty and have no land or houses. Many eke out a subsistence living as beggars or lottery ticket sellers.

Some depend on their children and are prohibited from talking to their former comrades in arms.

Father Thanh said very few veterans receive benefits from U.S.-funded projects for people with disabilities in Vietnam or from the government's welfare services.

He said the majority are not aware there are programs designed to help them. One example would be the Redemptorist-led Gratitude to South Vietnamese Injured Veterans Program, launched in 2013.

This year some 528 elderly war veterans who have been debilitated by illness or injury have registered with the program, he added. However, the church estimates there could be four times as many who are eligible to benefit but don't know the scheme exists.

Father Thanh said the Redemptorists helped to organize funerals for 140 veterans this year.

"We urgently need to support as many of these war veterans as possible as many are now in their 70s and 80s and may not have much time left,” he said.

Vo Hong Son, a veteran who sells lottery tickets for a living, was given shelter in Ho Chi Minh City. He expressed his profound thanks to the Redemptorists for paying for his wife’s funeral and hosting it in the monastery compound.

She died in a nearby province in November but their landlord refused to consent to the funeral being held at their rented apartment, which was all they could afford.

Son, who lost his left leg in 1974, said the church has "brought us [veterans] together like a family and given us opportunities to live with dignity. We feel loved and respected here."

"We are proud to have fought for Vietnam and sacrificed our bodies for the motherland," said the father of two.

In the past, police threatened and prevented veterans from receiving the Redemptorists’ gifts. Some had their gifts taken away and were summoned to police stations.

The Redemptorists were accused of receiving funds from reactionary groups abroad to support the veterans, who, it must not be forgotten, fought for the losing side and are still eyed with suspicion in some government quarters in Hanoi.

"Now the government is slowly becoming more open to the work we are doing," Father Thanh said. "They are starting to understand that the goal of our services is to promote veterans’ self-respect and dignity, not fight against the government.”