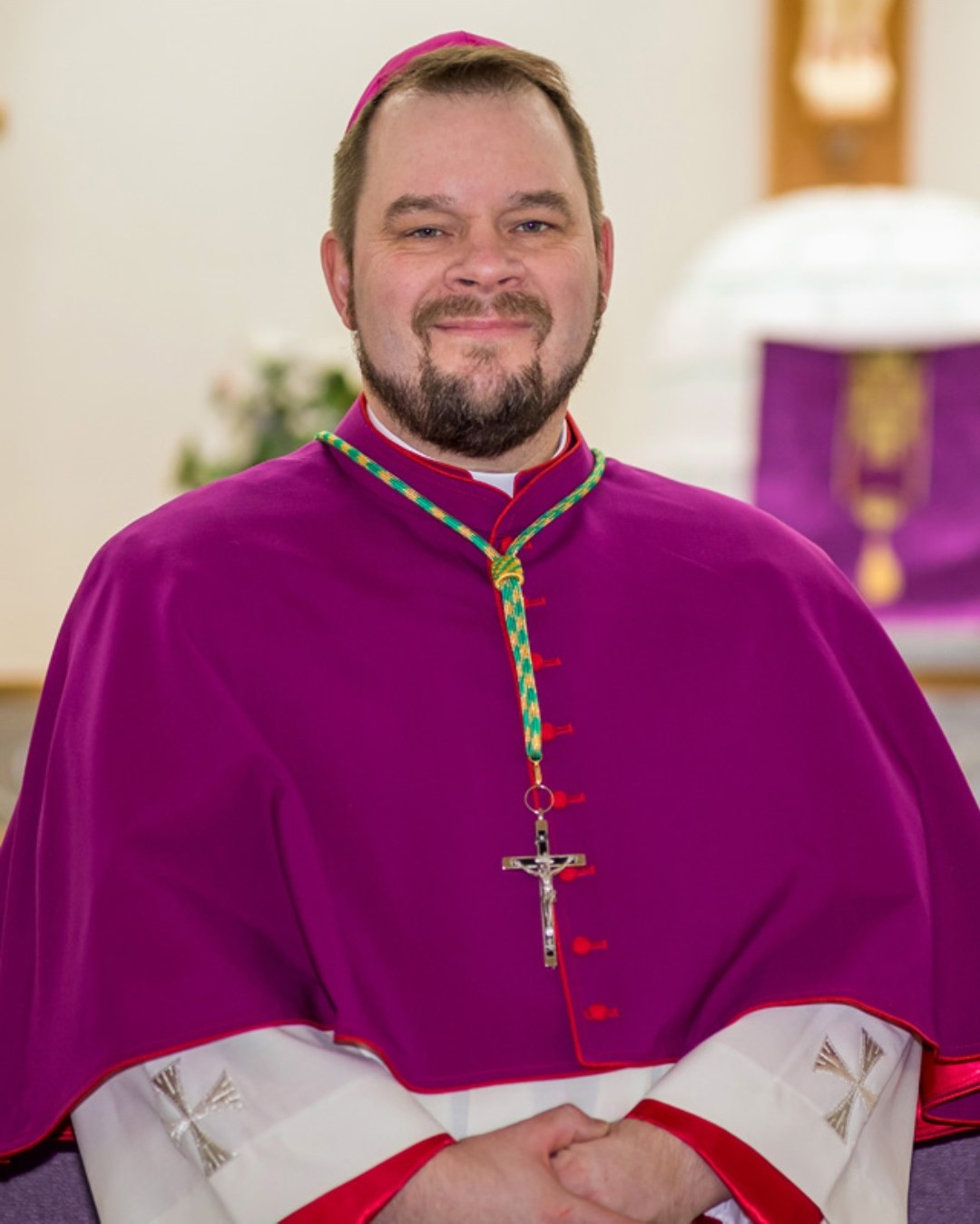 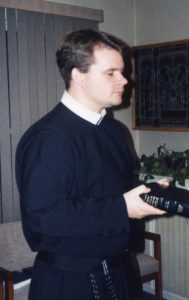 Since moving to Inuvik as pastor of Our Lady of Victory parish in 2015, Fr. Jon Hansen, the next Bishop of Mackenzie-Fort Smith Diocese, has raised the awareness of the missions of western Canadian Arctic on many aspects.

Through superb photographs and captivating updates, he has chronicled lyrically about the mission territory, describing glimpses of daily life, the contrasts of scenery, weather and the culture, intertwining the contemporary social, environmental, political issues with spirituality.

From the July 2017 update, Fr. Hansen described the annual Great Northern Arts Festival, which encompassed painting, carving, music and dance performances, noting that the Inuvik church, known as the “Igloo Church,” hosts many music concerts due to the seating capacity and domed ceiling.  The arts scene in the north, he wrote, “truly is a multi-hued canvas influenced both by and in reaction to the extremes of nature found here. … Through creativity of our imaginations and the work of our hands we bless God through the beauty of our art.”

Besides Inuvik, he provided care for the missions of Tsiigehtchic, Tuktoyaktuk and Paulatuk. Of these communities, he wrote in Community Connections in 2015.

What these communities share is the friendliness and welcoming attitude of the people. While there is a real sense of independence and self-reliance, it does not hinder the desire for relationship and community-building. … There is also pain here. Social issues and addiction are evident. The legacy of the residential school system is a memory that is not very distant and although there is deep spirituality among the people, resistance and a cautious attitude toward the church is sometimes apparent.

There, ministry here requires more listening and less talking, more time spent being present with and less presiding over, more consoling and less cajoling, taking the time to first listen, learn and discern what the Spirit is asking while I am in this magnificent land among these wonderful people.

His profound passion, appreciation and understanding of the North may be rooted in his Danish ancestry and a childhood in Northern Alberta. Although born in Edmonton at Misericordia Hospital on February 18, 1967, Jon grew up in Grande Prairie, where the family moved for his father’s work in commercial construction. His parents, Paul Hansen and Karen Falkenberg-Anderson, both immigrants from Denmark and Lutherans, converted to Catholicism in the absence of the Lutheran presence in their area.

The family attended the Redemptorist parish of St. Joseph’s, where Jon remembered a young Redemptorist Fr. Dino Benedet and Brother Leo Insell, visiting the school talking about vocations. Jon attended the local schools of St. Gerard’s, St. Patrick’s junior high school and St. Joseph’s high school before enrolling in a pre-med program at Grande Prairie Regional College and working at Sports World and the Olsen Construction Co.  In the spring of 1986, he attended a vocation retreat led by Fr. David Purcell at the Redemptorist Clement House in Edmonton.

For the next eight years, he experienced different aspects of life as a philosophy student at the University of Alberta while living at Clement House; a student and graduate of Building Construction Engineering Technology at the Northern Alberta Institute of Technology, an employee of the Flint Engineering Co. and of McLean-Young Construction (1990-1993), where his father also worked, and a traveller on a cross-Canada bicycle trip, where he decided on a Redemptorist vocation. 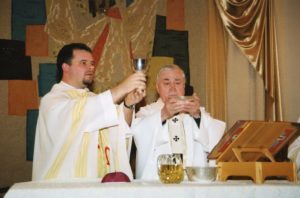 In the spring of 1994, Jon worked on the Redemptorist SERVE program in Edmonton and returned to Clement House and to the University of Alberta on a scholarship, graduating with a bachelor of arts degree in 1997. A few months later, he entered the Redemptorist North American novitiate in Chicago, making first profession on October 16, 1998 in St. Patrick’s church, Toronto. While studying for a master of divinity degree at the University of St. Michael’s College, he also volunteered at the parish’s winter Out of the Cold program for the homeless in the inner city, at L’Arche in Richmond Hill, Ontario and on the SERVE team at Gerard House. Besides taking a unit of clinical pastoral education at Vancouver General Hospital in 2001, he also lived at Sarnelli House, Philadelphia, where the students worked with street people, living on the edge. After completing the graduate degree in 2003, a diaconal appointment followed at Holy Redeemer parish in Sudbury, Ontario. On April 24, 2004, he was ordained by Grouard-MacLennan Archbishop Arthe Guimond in his home parish of St. Joseph’s, where a day later he celebrated his First Mass.

Redemptorist assignments have been varied, including postings as associate pastor at St. Teresa’s, St. John’s (2004-2005) and St. Patrick’s, Toronto (2005-2009), where he also directed the Out of the Cold program and the formation program for Redemptorist students as well as participating in Becoming Neighbours, which assists immigrants.  Returning to Western Canada as pastor at St. Mary’s, Saskatoon (2009-2015), Fr. Hansen balanced the care of an ethically-diverse parish and its outreach initiatives with service on the Saskatoon diocesan Truth and Reconciliation Commission, the Bishop’s council of priests and with the diocesan offices of migration and justice and peace.

Upon his episcopal ordination and installation in 2018, the new bishop will bring his wisdom and experience to guiding the second-largest diocese of over 1.5 million square kilometres with its boundaries from the Alberta border in the south with parts of northern Saskatchewan, Nunavut to the east, the Yukon to the west and north to the Canadian border.