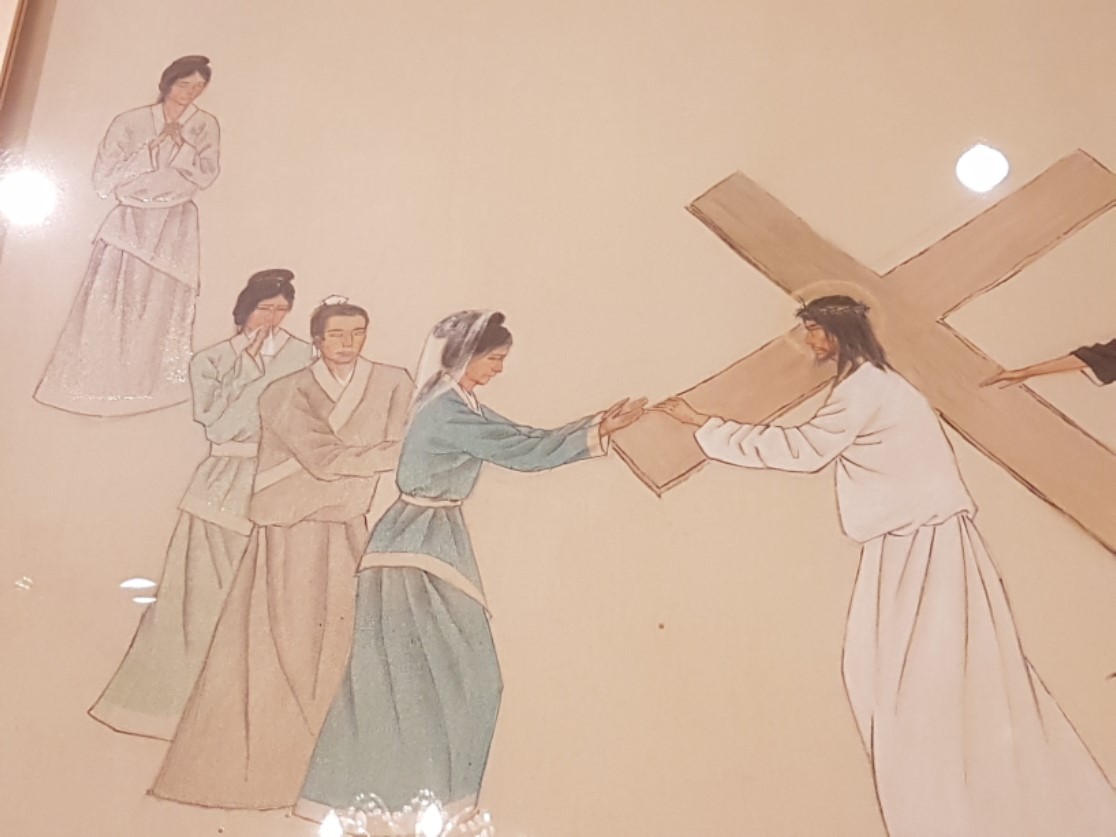 Announcing the Gospel Across Different Cultures

As I travel the country, I am impressed by the way the Gospel is announced across Canada through so many different languages and cultures.  In November, I visited a young adult group that meets at Holy Spirit Parish, the Montréal Chinese Catholic mission.  This celebration of the Catholic faith, in this spot and through this culture, has continued for over one hundred years!

I also attended a meeting of Chinese Catholic Pastors in the Toronto Archdiocese.  The meeting was hosted by Fr. Peter Chin C.Ss.R. (second from right) at Our Lady of Mount Carmel Church.  Bishop Robert Kasun (second from left) was dialoguing with the priests about their mission and ministry within the ever-growing Chinese Catholic population.    Fr. Augustine Chan (far left) has been appointed as chaplain for the Chinese university students in the Toronto Archdiocese.  He recounted his experience of leading a delegation of Catholic students in August to meet others at Pearson International Airport, who were arriving from China.  Of the half a million international students who arrive in Canada each year, 132,000 (the largest group)  are from mainland China, meaning that most of them would speak Mandarin.  If you are interested, Indian students, then Korean, make up the next largest cultural groups arriving in Canada for studies.

On the recent Family Day weekend a group of Chinese Catholic university students organized a retreat.  This retreat  was attended by students from Western University, London,  University of Waterloo, McMaster in Hamilton, and various campuses from the Toronto area.  ‘Fiat!, Let it be done,’ was the theme.  I was inspired by the dedication of this group to their Catholic and Asian heritage.  Although the music was very similar to many other youth groups in Canada, noodles for snacks and  Mahjong as the ‘card’ game were quite different from the other youth groups I encounter.

We included in our retreat, the Mother of Perpetual Help Icon.  We found that despite the image coming from a non-Asian culture,  prayer using this Icon, helped nurture our spiritual growth and also stimulated good discussion in our small groups.

At the beginning of January, Noel Bustillos (Redemptorist candidate at the student house in Toronto) and I were able to celebrate Bishop Steven Chmilar’s levee, which was held at Holy Eucharist parish.  After vespers in the church we were treated to Ukrainian food and music, in the parish hall.

Through the invitation of a Redemptorist  enquirer,  I was treated to a concelebration of the Divine Liturgy in St. Katherine of Alexandria Parish.  This is a relatively new community, situated in a small rural area north of Toronto called Bond Head.   A testament to the appeal of the Divine Liturgy, was the fact that the English language Liturgy attracted people who were not brought up in the Ukrainian Catholic Church.

Some  First Nations Peoples still gather with the help of the Holy Cross Fathers for mass every Sunday, in the city of Toronto, at St. Ann’s parish.  Fr. Wilson Andrade, a Holy Cross Father, at the end of November,  invited some young adults to give a slide presentation  (see picture) after the Sunday mass, describing their mission experience this past summer in Fort Resolution.   Ten young adults had helped to repair the church in Fort Resolution.  As you know, Bishop Jon Hansen C.Ss.R.,  invites groups of people to come north and help him to repair and refurbish aging church buildings in his diocese.  Also pictured here are two of the elders, John Robinson and Christopher Spanish, who help to lead the mass which includes some First Nations rituals.

As you may know, these stories are representative of the different Churches, cultures, and languages in which the Redemptorists serve across Canada.   ‘I will give you as a light to the nations,  that my salvation may reach to the ends of the earth.’  (Is. 49.6)